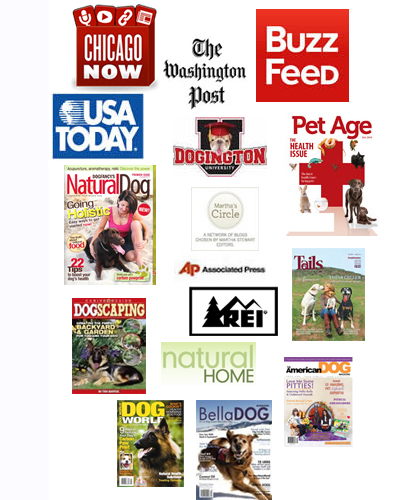 Johann The Dog and our sister site, Raise A Green Dog, have been featured in a wide variety of national, international and pet related newspapers and magazines over the years including:

Leslie May, co-author of Raise a Green Dog and Johann The Dog, is available for media, blog, radio, television and print interviews discussing tips, tricks, products and information that dog lovers need to know to help their dog go green for a healthier, happier pup and environment. In addition, we frequently test a wide variety of eco-friendly and green dog products. If you are interested in us reviewing your product, feel free to contact us. Advertising opportunities are also available. For all of the above, please contact: johann@johannthedog.com, or call 317-847-0855 for more information.